University of Alabama staffer Victoria Giattina defied all odds last week by locating a missing diamond in the cavernous confines of the 101,800-seat Bryant–Denny Stadium. Even more amazing is the fact that the assistant director of event management and external operations completed her impossible assignment in less than 30 minutes. 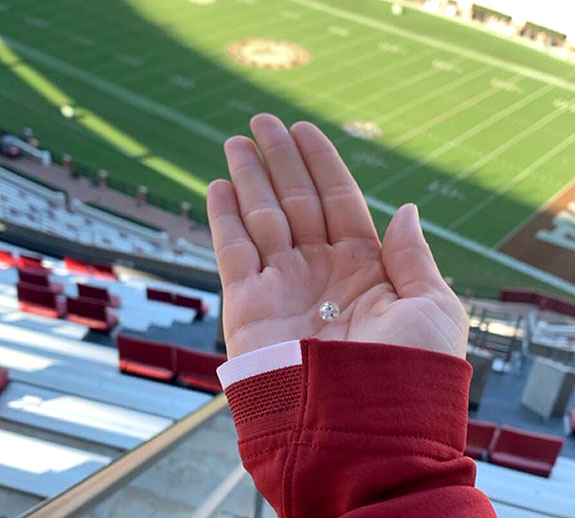 The drama unfolded after last week’s contest between the Alabama Crimson Tide and Texas A&M. While the unnamed fan was celebrating her favorite team’s 52-24 victory, her engagement diamond had come dislodged from its setting.

It wasn’t until she arrived home that she realized the diamond was gone. She searched her house and her car with no success. Her next strategy was to call the University of Alabama GameDay number to report the loss.

On Monday morning, UA GameDay staffers contacted Red Leonard, the University of Alabama’s assistant athletics director, event management. He, in turn, called Giattina at 7 a.m. with the assignment of checking the section where the woman had been seated. 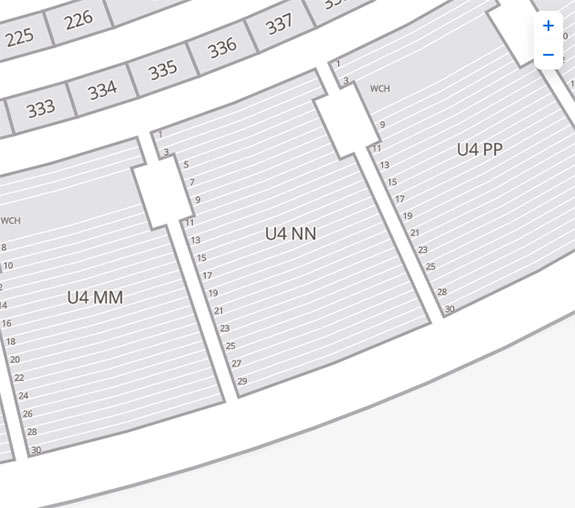 It turns out that the fan had been in Section U4 NN, Row 29. In Bryant–Denny Stadium, that seat assignment put her one row from the very top of the seventh-largest college stadium in the US. (The largest is Ann Arbor’s Michigan Stadium with a capacity of 107,601.) 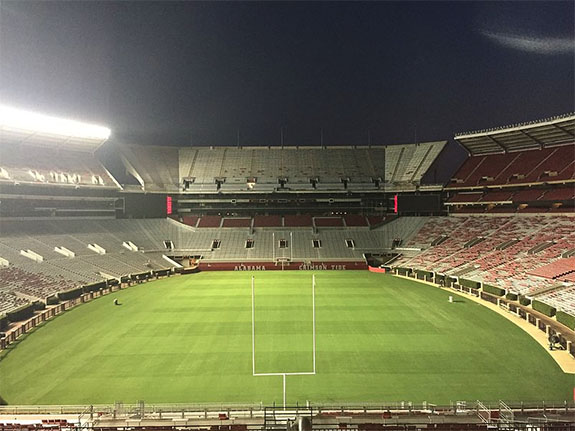 “It was pretty high up there,” Giattina told AL.com. “I just started from Row 1 of that section, and I was like, ‘OK, I’m going to do what I hope someone would do for me. I know that’s so valuable. I just started looking row by row, and I was huffing and puffing up there. Once I got to (row) 29, I didn’t see it.”

Giattina was about to give up the search when she remembered what her boss had told her — “Be sure to look behind (the seat) in case she was cheering.” 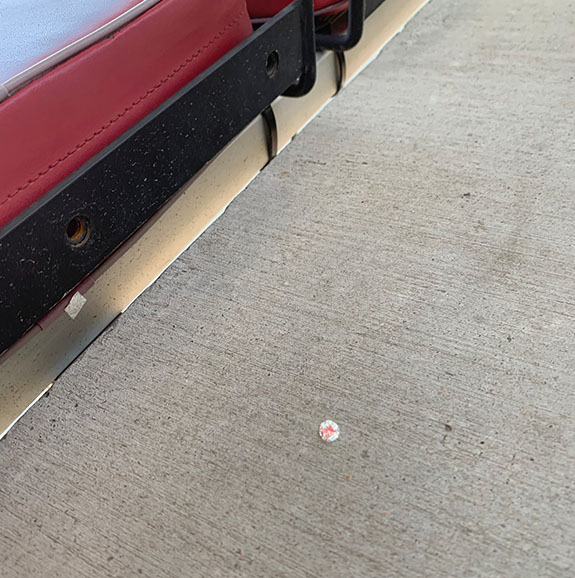 ”I got to the top row, and I looked down. I couldn’t believe it. It was just lying there,” she told AL.com.

High at the top of the stadium Giattina took photos of her discovery, which she forwarded to Leonard.

“I was like, ‘You are never going to believe this. I found it,’” Giattina said.

The photo was then tweeted by Jeff Purinton, the University of Alabama’s deputy director of athletics. Purinton wrote, “This was on a message board but not anywhere else so wanted to post. One of our fans lost the diamond from an engagement ring at the @AlabamaFTBL game Sat, called our event management team and @VictoriaLeighG went to the top of Bryant-Denny and found the diamond and returned it!”

It had taken Giattina less than 30 minutes to locate the ring.

Later on Monday, the university’s athletic department delivered the exciting news to the diamond’s owner.

“They are so excited in having it back,” Giattina told AL.com.