Diamond Ring Rescued From Recycling Plant Symbolizes Message of Hope: ‘We Can Beat This’

Waste management workers in Sault Ste. Marie, Ontario, pulled the plug on their normal operations this past Wednesday to help a distraught women whose diamond engagement ring ended up in a 40-ton mountain of paper at the city’s recycling center. 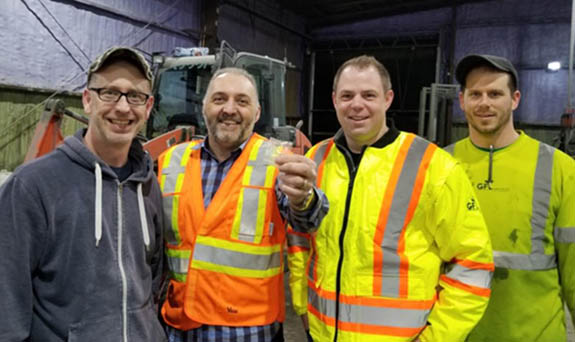 Using forensic techniques to noodle out where the tiny ring might be in its massive paper recycling system, John Martella, the district manager of GFL Environmental Inc. (also known as Green For Life), and his team were able to locate the ring in less than 30 minutes.

Martella told SooToday.com that he believes that the unlikely recovery of such a precious and sentimental item delivers a message of hope during these uncertain times.

He said, “We’re going through a crisis with COVID-19, so to do something like that makes you think, ‘We can beat this thing, we can beat this, we can win this.’ Good things happen in bad times.”

The story of the lost engagement ring began this past Tuesday, when an unnamed woman in Sault Ste. Marie accidentally dropped her precious keepsake in her family’s paper recycling container. That container was emptied into a recycling truck very early on Wednesday morning and taken to the GFL plant on Sackville Road.

When the woman realized her ring was missing, she sent a desperate message to a friend who works for the City of Sault Ste. Marie. That employee forwarded the note to Martella.

Martella recounted how the frantic woman called on the phone and later visited the GFL plant.

After she left, Martella got his crew together and stated, “We have to fix this. We’ve got to do what we’ve got to do.”

Martella ordered a halt in the normal operations and implemented a plan to find the ring.

The woman was able to provide a few clues that would help in the search. She remembered that her six-year-old son had been coloring with crayons on Tuesday and that some of those drawings had ended up in the recycling container. In addition, she remembered recycling a distinctive bag that was printed with the branding of her veterinarian. 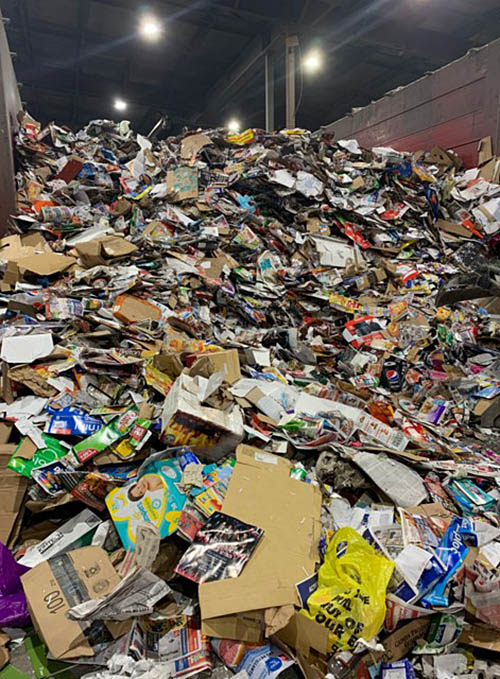 Martella was able to identify the truck that had serviced the woman’s neighborhood and sectioned off the pile of paper that had been delivered to the plant by that truck.

“I went in there and saw a piece of paper colored by crayons,” he told SooToday. “So I said, ‘It’s got to be in here.’”

Using a front loader, one of Martella’s team members scooped up a bucketful of paper. 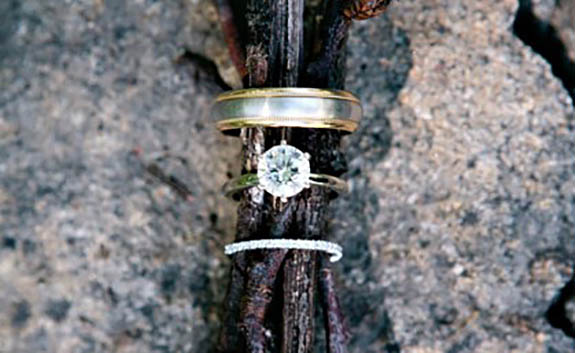 “No sooner did he drop the bucket, the ring fell out,” Martella said. “It was just amazing.”

Martella said that his crew erupted with the chant, “We found it, we found it!”

In a photo shared on SooToday by GFL Environmental, Martella is flanked by his team as he proudly holds up a tiny plastic bag containing the diamond ring. (See the photo at the top of this page.)

The district manager said that the woman was ecstatic when she heard the big news. She had no idea that Martella had shut down his normal operations to help her.

“You have to put yourself in that position,” Martella said. “The ring was very valuable. Insurance would have covered it, but insurance has nothing to do with it.”

In an email to SooToday.com, the woman wrote, “I can’t thank them enough, that in the middle of a pandemic, in a time of social distancing, they were kind enough to stop and help me and not brush me off… These men are hardworking, enormously considerate, and will go above and beyond. I would also like to thank all those who work in waste collection too, who are unable to stay home because they are an essential service.”