Queensland’s resource minister is encouraging residents to pursue a heart-stopping, Eureka moment in the Australian state’s hotspots known to bear precious metals and gems. All it takes is a AU$8.65 license, a few tools and a lot of luck. 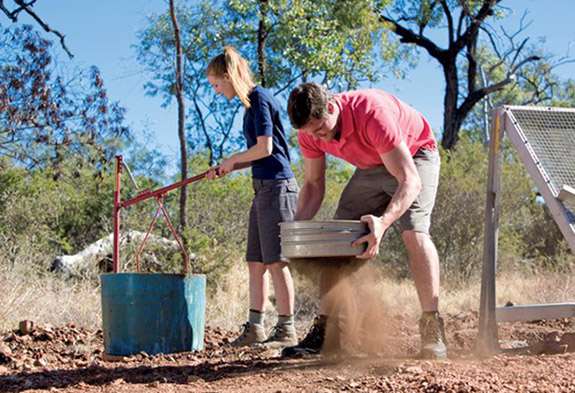 “Whether you’re hunting for gold in Charters Towers and Clermont, searching for sapphires around Emerald or looking for the vibrant and colorful gemstones of Agate Creek, and western opals at Yowah and Opalton, Queensland is a fossicker’s paradise,” said Resources Minister Scott Stewart.

Fossicking is the term Aussies use to describe amateur prospecting, especially when carried out as a recreational activity. The Queensland Government is promoting fossicking as a popular outdoor activity the whole family can enjoy. It is currently the summer season in Australia.

“It’s been a tough year for Queenslanders,” he said, “but we’re encouraging everyone to get out and support our regional communities and explore our state’s natural beauty by urging more families to put fossicking on your must-do list these holidays.”

According to the Queensland Government, there has been an upsurge in the number of people fossicking for gold and precious gems. More than 18,000 fossickers’ licenses have been issued in just the past two years.

The Queensland countryside is filled with stories of Eureka moments…

• In 2017, an amateur fossicker discovered a yellow sapphire the size of a golf ball near Anakie. Named the “Pride of Tomahawk,” the gem was one of the rarest and most significant discovered in Queensland during the past decade.

• One the largest sapphires ever discovered in Queensland is “The Stonebridge Green,” a 202-carat gem that is owned by a fourth-generation gem miner at Anakie. It was originally unearthed by gem miner Frederick Max Stonebridge in 1938 and continues to be the star of an annual gem festival in central Queensland.

Stewart clarified that fossickers are permitted to use hand tools, such as picks, shovels, hammers, sieves, shakers, electronic detectors and other similar tools.

“You can collect gemstones, ornamental stones, mineral specimens, alluvial gold — including nuggets and some fossil specimens, but not meteorites or fossils of vertebrate animals,” he said.