A Coca-Cola bottle-shaped handbag adorned with 9,888 natural diamonds recently earned a Guinness World Record for Swiss luxury brand Coronet. Guinness officials affirmed at the recent Baselworld trade fair that the unique piece is the official title holder in the category “Most Diamonds Set on a Handbag.” 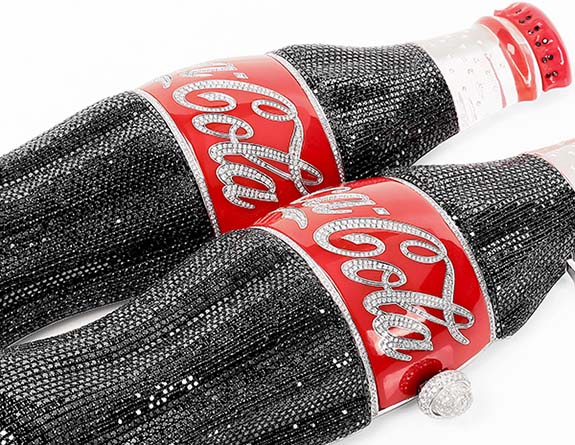 The fanciful Coca-Cola bottle/purse is rendered with 8,543 black diamonds, mimicking the color of the soda, and 1,345 colorless diamonds that are set into the iconic brand logo, diamond clasp and borders between the red enamel label and the rows of black diamonds.

It took a production team of 15 craftsmen nearly 100 working days to craft the piece, which is meticulously handset with diamonds weighing a total of 120 carats. 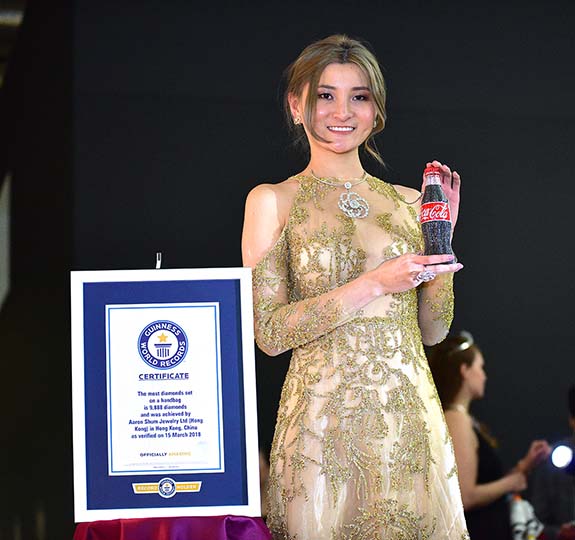 The handbag was conceived by Beverly Hills Designer Kathrine Baumann and fabricated by Coronet parent company Aaron Shum Jewelry. It is crafted from Icestrella, a material employed in the creation of bulletproof glass. The unique material replicates the look and feel of the distinctively contoured Coca-Cola glass bottle. 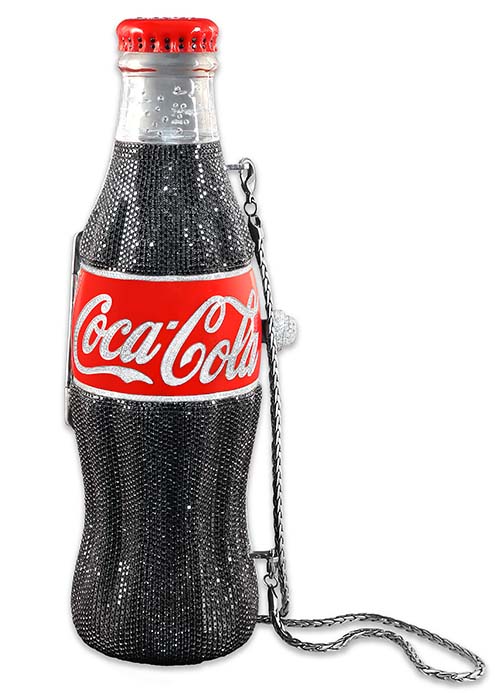 This is the third time Coronet has been honored with a Guinness World Record. In 2016, the company set a record for the “Most Jewels on a Guitar,” when it customized a Fender American Deluxe Jazz Bass with 16,033 Swarovski crystals. In 2015, Coronet created the world’s “Most Valuable Guitar,” a Gibson glittering with 11,441 diamonds weighing 401 carats at valued at $2 million. 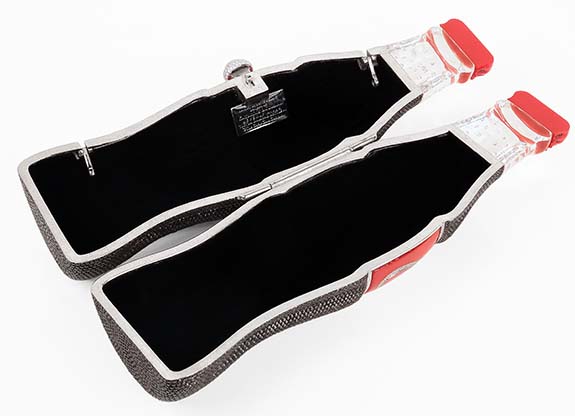